Association for Dental Education in Europe

Learning together to improve oral health and quality of life 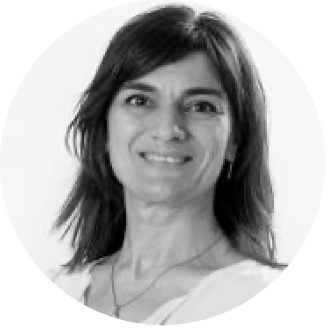 Prof Yolanda González Cid holds a degree in Computer Science from the Univ. of Deusto and PhD in Industrial Engineering from the National Distance Education University (UNED). After receiving an FPI scholarship (1993-1996) and occupying various teaching positions at both the UNED (1996-2000) and the University of the Balearic Islands (UIB) (2000-2010), she is currently Associate Professor of Computer Architecture and Technology in the Department of Mathematics and Informatics (DMI) at the UIB, since January 2010.

Upon joining the UNED in 1993, she began her research stage focused on computer vision and its applications in robotics. In 2000 she joined the UIB, working since then in education and research at this University. Since 2000, she has been part of the Systems, Robotics and Vision research group (srv.uib.es) at the UIB. Within this group she has developed her research work in the field of mobile and underwater robotics, been focused on the use of ultrasound sensors for the autonomous navigation of land and underwater robots, as well as the location of the robot and the construction of maps. Since 2016, she has focused her research on the field of deep learning, applied to image and data processing. In 2004 she was awarded a grant financed by the European Social Fund for Researcher Training of the UIB through stays in research centres. During the duration of the fellowship, she stayed 4 months at the Active Vision Group at the University of Oxford. In June 2017 she attended the Deep Learning and Reinforcement Learning Summer School at the University of Montreal. Less than 20% of the requests for assistance submitted were accepted.

She has participated and leaded various projects financed by different national and international organizations.
For years, she has actively participated in scientific dissemination and outreach activities related to her lines of research: 'Ciencia per a Tothom' at the UIB, Estalmat program (Stimulation of Mathematical Talent) of the Balearic Islands, MENTORiment-UIB, speaker at Saturdays.AI, round tables and interviews and reports in the press and audiovisual media.

Finally, in terms of academic management positions, she was the academic secretary of the PAAU at the UNED from January to October 2000, the dean of the School of Engineering at the UIB (2011-2015), Director of Research Promotion at the UIB (2015-2021). She is currently the Vice-rector of management of undergraduate degrees at the UIB.

Stay up to date, join the ADEE newsletter

How to reach us